The solid state disk, known as an SSD, may be the single greatest performance improvement for computers in the last decade. The technology has been around for years but the prices were generally too high for mass adoption. That is no longer the case. SSDs still cost more per gigabyte than the traditional hard drives they replace; but prices have come down to the point where an SSD is practical for most people.

Traditional hard drives are a miracle of technology. They use spinning platters (picture a DVD) to store trillions of individual, magnetic bits of data. As the platters inside a hard drive spin, a mechanical arm moves back and forth across the surface of the platters and reads the bits passing underneath. Hard drives have become capable of storing terabytes of data–about four million books fit in terabyte.

Hard drives are delicate, though, prone to gradual degradation or even sudden failure, especially due to impact. Their nature as mechanical devices makes reading from or writing to them much slower than other parts of the computer. This is where SSDs shine.

A solid state disk is an array of memory chips; there are no moving parts. An SSD reads and writes data much faster than a spinning hard drive. This has the effect of making the entire computer feel much faster. In addition to the dramatic improvement in performance, SSDs are less prone to damage from physical shock.

The only practical downside with SSDs is that when they fail, they fail suddenly and they are much more difficult to extract data from once failed. Their track record so far, though, has been good, and SSDs seem to last longer than traditional hard drives.

A solid state disk can be installed in almost any computer built in the last 10 years. The improvement in speed can turn a mediocre performer into a good one, and a good performer into a speed demon. It is particularly worthwhile upgrading MacBook Pro computers as well as PCs with higher-end CPUs. Your programs, data and configuration–everything moves over and works the same as before, only much faster!

For over 20 years, West Seattle Computers (formerly Quidnunc) has operated a retail store and offered IT services serving residents and businesses in West Seattle and the greater Seattle region. 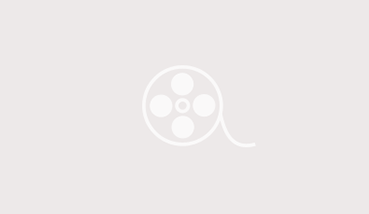 Support the Right To Repair

The Right to Repair is an effort to

Stealing healthcare data is a major industry. The